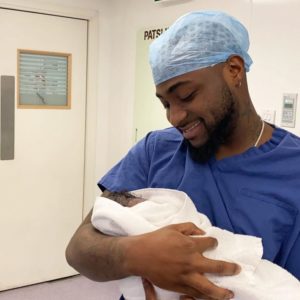 Davido and his fiancee Chioma have welcomed their first child together in London. Only a few hours ago, Chioma was delivered of a bouncing baby boy.

The ‘Blow My Mind’ crooner has shared his first moment with his son just after birth. He also announced the name of his little boy as David Adedeji Ifeanyi Adeleke Jr.

Davido also congratulated Chioma after a successful push. See the photo below!

Actress, Etinosa Idemudia puts herself in the face of public rage after she made a comment on a photo of Davido and Chioma at Adewale Adeleke’s wedding yesterday. HOT:  Mr Smart Part 2 – Latest […]