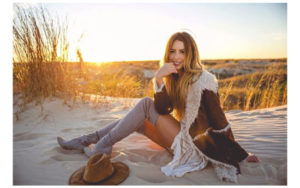 Texas country singer Kylie Rae Harris has died after being involved in a car crash in New Mexico on Wednesday night. She was 30.

Her rep told Fox News: “We are heartbroken to confirm that Kylie Rae Harris passed away in a car accident last night. We have no further details to share, and ask for privacy for her family at this time. Everyone that knew Kylie knew how much she loved her family and, beyond that, how much she loved music. The best tribute to her unmatched enthusiasm for both is to spread as much love as you can today, and listen to music that fully inspires you.”

The Taos County Sheriff’s Office told Fox News on Thursday that three vehicles were involved in a crash on Wednesday night on State Road 522. They said two drivers — a 30-year-old woman and a 16-year-old girl — were killed and that the third driver escaped injury. The Sheriff’s Office says alcohol is suspected as being a factor in the crash.

According to Harris’ Instagram Stories, she was on her way to play the Big Barn Music Festival in Taos on Thursday.

“I just got to Taos, N.M., and I’m playing this festival here,” Harris began in the emotional video shared on her Instagram Story before the crash. She explained that she has spent the “last 20 years of my life” traveling to Taos with her dad and sister to visit her grandparents, uncle and other family members that lived there.