During an interaction, Diane told Akindele she would like to go into acting. 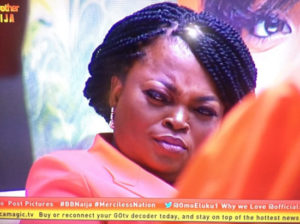 According to her, she is passionate about acting.

It is worthy to note that here would be no eviction this week but the organisers of this year BBNaija reality show promised a twist to the show.

However, three housemates, Mercy, Diane, Cindy and Frodd were nominated for fake eviction by the housemates.