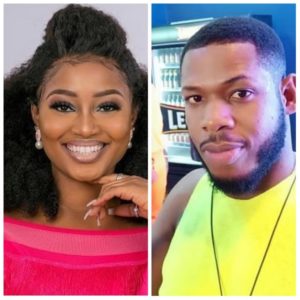 The two reality stars were all over each other during their stay in the reality TV show and this has got fans wondering.

Despite a video of the two housemate kissing passionately at the grand finale of the show, Frodd has debunk any rumour of sexual relationship between them.

Frodd who came third in the show while having his media tour stated that the relationship that exist between them is that of friends alone.

HOT:  TBoss Finally Shares a Pic Of Her New Baby