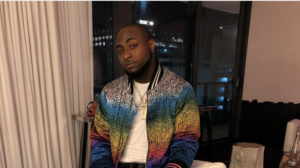 Two ladies Helen and Susan who accused Davido of impregnating one of them have been arrested by one of Davido’s sidekick. In a new video shared by Special Spesh, the ladies we’re tracked down and apprehended.

The ladies had some days back made a viral video were they accused Davido of impregnating one of them days after Chioma delivered a baby boy. The singer placed a bounty on them which could lead to their arrest and also threatened a lawsuit against them.

Apparently they were caught and handcuffed and a video of them was released as prove. After much pleading and opinions online, Davido has asked them to be released.

He mentioned the suppose release of the ladies in a recent tweet.

See the feeds from social media below!

Fuck it … release the idiots 😇