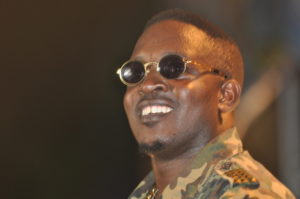 M.I shared the apology on Twitter last night with the caption “Vico no vex abeg.. as you talk abeg I go do.. I don’t want beef with youQuote Tweet.”

Vic O’s track came shortly after M.I shared a venomous diss track addressing Vector for coming for him on “The Purge” and later “Tetracycling”.

Vic O used his diss track to charge M.I and Vector to ‘exonerate’ themselves and the nation rather than engaging in triviality.

M.I went further to address Vector on national TV at the just concluded BB Naija finale which also became a trending topic of discussion with the hashtag, #NoSnakes.

While many assumed the rift between the rappers was a publicity stunt, M.I’s release has changed that narrative as he unearthed angles to the beef.