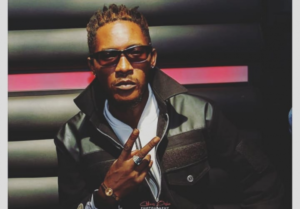 This is probably the best news for a lot of Jesse Jagz fans.

While a lot of discussions have centered on how much his fans have missed his music and his presence online, Jesse Jagz has decided to obey the clarion call by hitting the studio to share a new project.
The news was shared by his longtime friend and former labelmate, Ice Prince Zamani with the caption “LEGACY – An Album By @Jessejagz Wowww”.
https://twitter.com/Iceprincezamani/status/1183437749552144385
The announcement of the project also comes in the heat of the feud between his brother M.I Abaga and Vector, who happens to be Jesse’s friend.

Rapper, Hotyce also confirmed that Jesse is gearing up for something big. He shared this on Twitter – “I personally went to the studio in Jos to hear what the big hommie Jesse Jagz had cooking… All I can say is.”
https://twitter.com/iamhotyce/status/1183818169280057345

Nigerian rapper and producer, Jesse Garba Abaga popularly known as Jesse Jagz has announced a release date for his forthcoming album “Garba”. Its another win for the rap community as one of it’s very finest […]