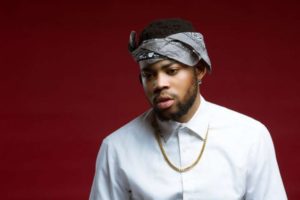 It’s a good day for hip hop as Vector puts out a reply to M.I Abaga’s ‘The Viper‘ track with his latest diss ‘Judas The Rat‘.

On the new record released by Vector, talked about ‘CC mess’, relating to the several fall out between former Chocolate City artistes and the management.

HOT:  Plantashun Boiz Is Set To Release An Album In 2020 - Blackface Reveals

Due to the record ‘Judas The Rat’ everyone who was a former member of Chocolate City was trending on social media including former CC rapper Milli.

Milli reacted to his mentions concerning his stay at Chocolate City. It was insinuated by someone that he was dropped off the label so he stepped in to correct the wrong impression.

I am sorry bro, I was never dropped from @choccitymusic I had to pay times three of what they said I owed em in 3 commas so they could release me, I bought my own contract I hope they tell you that someday. https://t.co/5FUdGpyTNx