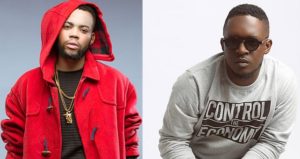 Nigerian hip hop veteran M.I Abaga has been in the eye of the storm since Vector dropped his diss record ‘Judas The Rat‘.

A popular verse on the diss track goes, “How much did you say again? 20 milli?
We all saw how you wasted 1 milli.” This verse got people talking about Milli’s time at Chocolate City and how he did not fulfill his full potential.

Milli had earlier revealed that he paid his way out of the contract he had a Chocolate City. According to the rapper he paid three times the worth of his contract to end things with CC.

Following the revelation, M.I Abaga was dragged and he decided to reveal the situation with Milli.

The e Chocolate City boss said Milli was difficult to work with while at the label and that he opted to leave.

However, he had to fulfill his financial obligation to the label before his exit and he paid only about N3 million to get out.

See the DMs below.

M.I Abaga – The Viper (A Letter to Vector)