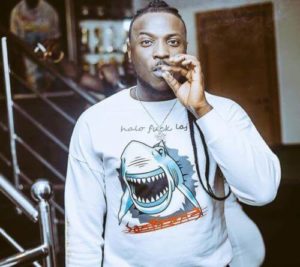 You all would recall we brought you news sometime earlier in the year about Peruzzi declaring his intention to drop an album after just dropping an E.P, “Heartwork.” about a year a go. Well, the music star has now made an even more assuring move, revealing the title of the album and dropping as the cover art.

The “Majesty” singer who is known by many to a super-talented musician took to all his social media pages to share with everyone the cover art and the title. Although there haven’t been any release date dropped yet, but there are some loose talks from the camp of the singer the album would moat definitely drop this year.

However, there have been questions going around about his intention to drop an album this year with many quizzing, “With Davido’s intention to drop an album also this year, would it be a good idea for Peruzzi to do the sam?” Well, that is a good question but a proper strategy to promote the album might have been laid, and besides, Davido might postpone his to make one of his hottest proteges shine.