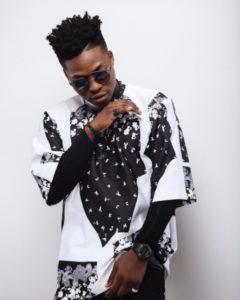 Simi Drey and IllBliss called Reekado Banks and pretended to be officers of the Federal Inland Revenue Service (FIRS). They asked the “Rora” singer if he got the letters of his outstanding tax payments and insisted that they sent the letters to his record label but had to put a call across after getting no response.

IllBliss informed the singer that his outstanding tax payment is over N12 million and he didn’t sound baffled upon hearing the amount he “owes”. Reekado banks asked them which record label the letters were sent to and explained that his former record label handles his tax payments. IllBliss who probably couldn’t hold his laughter revealed that it was a prank and that he was being recorded on a Live show.

Watch the hilarious video below:

Reekado Banks Speaks On Sacking His Brother As His Manager

Singer, Reekado Banks has revealed that his brother, Temi Solomon, who was his manager , was not professionally fit enough to handle his new vision and that’s why he got sacked. Temi has been Reekado’s […]