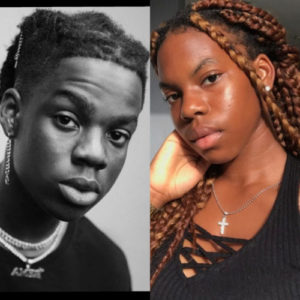 F
Do y’all remember a picture of a young lady who has a striking resemblance with Mavin’s star, Rema that circulated quickly on social media some months back?
That picture has now turned out to be more than just a picture as it now springs up smile and amusement for music fans. The lady in the picture whom a lot of people tagged to be Rema’s sister has now been found by the Mavin star in Ivory Coast. Rema shared a picture of himself with the girl on his Instagram page, with a caption that shows he has finally found his “sister.”

HOT:  Rema Is Not Dead, He Is Hale and Healthy

There was even an hilarious post by a Twitter user on Twitter that suggested the girl’s name is Remitta, since she is a carbon copy of Rema.