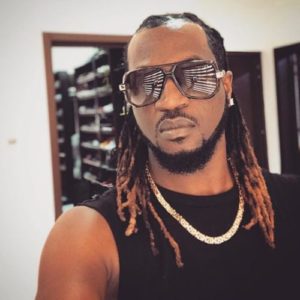 Paul Okoye aka Rudeboy and his elder brother; Jude Okoye have set up a new record label which they have named Fire Department Inc.
Rudeboy took to his Instagram page just few minutes ago to post a picture of the record label’s cover art and also to put up written antics that suggest it is a brand that would soon resume full operation. This would be the first time there would be any talk of a record label floating on either side of the P-square brothers since they went their separate ways in 2016 after a number of re-occuring.

While Rudeboy was with his twin brother, Mr. P, they used to co-own a record label, Square Records. But since the defunct of P-square, the record label has seized to exist and devoid of operations. It is a good move by Rudeboy to decide to float another record label as we hope it would bring to the fore, new sets of talent.

HOT:  #JudasTheRat: I Paid Heavily To Get Out Of Chocolate City – Milli Reveals