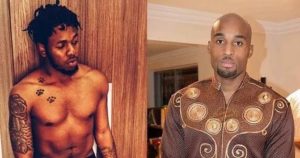 Nigerian pop star Douglas Abu better known as Runtown is reaching out to his former record label boss to make amends. The past year has witnessed Runtown go up against his former boss.

At the moment, the ‘Mad Over You’ hit maker regrets engaging in the spat with Okwudili Umenyiora aka Dilly. Their rift started after Runtown parted ways ‘illegally’ with Eric Many.

Over the past year and some months, they have engaged in legal battles but all that is in the past as Runtown preaches love and forgiveness. According to the singer those words came from a place of anger and he never meant it and he sincerely apologizes.

Runtown delivers official music visual for his buzzing single, “International Badman Killa“. The song come off his recently released EP “Tradition” and happens to be the fourth track on the project. HOT:  Comedian Ayo Makun […]