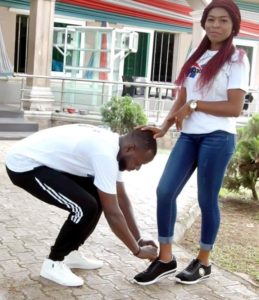 A Nigerian lady has reportedly passed while trying to birth her child.

The young lady whose name was given as Charity Euzebius Paschal reportedly got married in December 2018.

HOT:  Parents Of Kano Abducted Children Deserve To Be Jailed For Negligence

Reports have it that Charity passed while trying to give birth to her child. The child also died.

News of her death has since been announced on the same Facebook page she announced she was getting married.

HOT:  Police Faults Davido’s Team For Parading Ladies Who Accused Him Of Impregnating One Of Them

May her soul rest in peace. 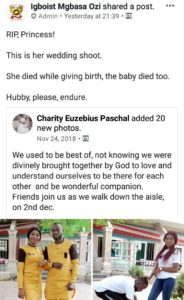