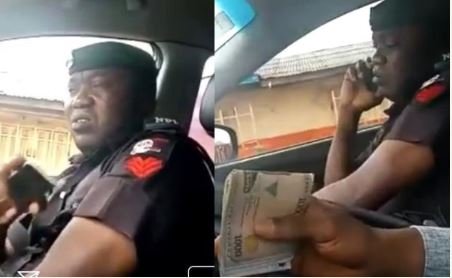 According to Police Statements reads that, “The Police officer caught on video collecting bribe from an innocent Nigerian has since been identified and arrested.

The non-commissioned officer, Force No.431625, Sgt Onuh Makedomu, attached to 49 PMF, but presently on special duty with the Safer Highways Patrol, Lagos is currently undergoing Orderly Room trial on a two count charge of Discreditable Conduct and Corrupt Practices at the provost department of the Lagos State Police Command.

Meanwhile, the Inspector General of Police, IGP M.A Adamu NPM, mni has enjoined the good citizen, who courageously brought the inglorious act of the officer to the public domain, to meet with the Police Public Relations Officer, Lagos State Command, to recover the money extorted from him by the delinquent officer.

It was reported earlier in a video making rounds online was the moment a police officer was recorded collecting bribe and telling lies to his colleagues”. 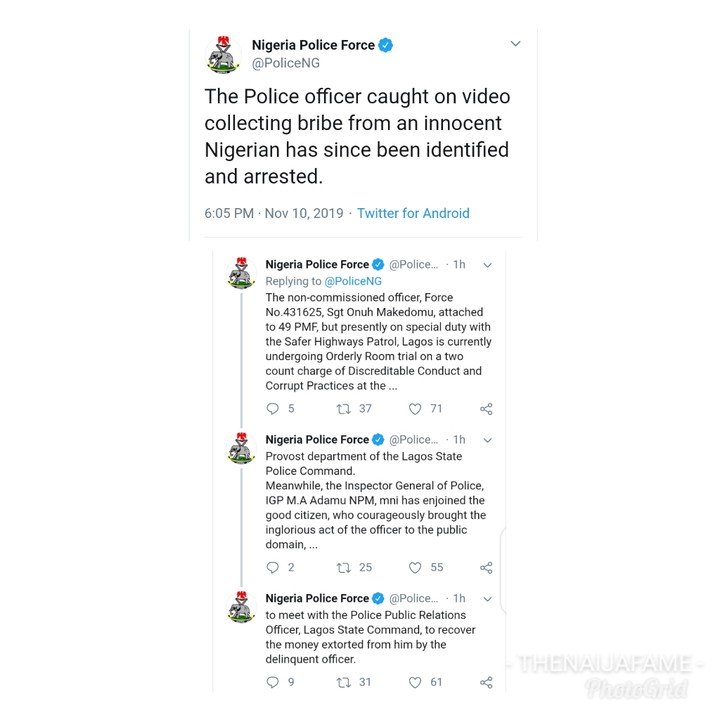