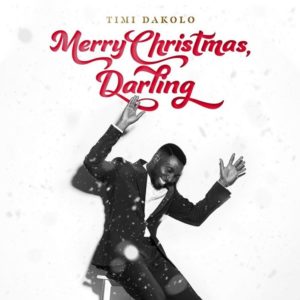 For those who have been patiently waiting for a new album from Timi Dakolo, we bear good news for you. Finally the Nigerian singer and songwriter has put a date for the release of his forthcoming album.

Earlier, we shared news that Timi Dakolo has joined Virgin EMI, an international record label and subsidiary of Universal Music Group. The singer sealed his deal with the company as he closes in on the release of his album ‘Merry Christmas Darling‘.

The official album cover art for ‘Merry Christmas Darling’ is out as shared by Timi. Again the release date for the LP has also been announced.

‘Merry Christmas Darling’ drops in a couple of weeks, precisely on November 22. Before the album drops officially, a song with Emeli Sande would be premiered this Friday.

Timi Dakolo sent his followership instagram into a frenzy after posting a Petty caption this morning where he threw shade at Kemi Olunloyo. Madam Kemi Olunloyo, a self acclaimed best investigative journalist in Africa had […]

Download Timi Dakolo Ft. Emeli Sande – Merry Christmas, Darling Mp3 Nigerian singer, Timi Dakolo, is getting ready to gift his fans something this festive season as he is set to drop a new album. […]