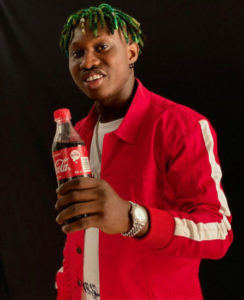 Zlatan Ibile has proved once again that he is socially responsible enough to bag brand endorsement deals from top companies.

The singer has just announced his new deal with carbonated soft drink manufacturer, Coca-cola and he is receiving heartwarming congrats on social media after he posted a photo suggesting that he just signed a deal with Coca-cola.

HOT:  2Baba Retweets Adult Movie To The Surprise Of His Fans

Celebrities that stormed his comment section to congratulate him includes, BrodaShaggi, Dj Neptune, Kunle Afolayan amongst others. 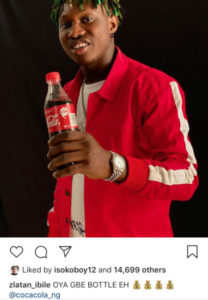 Nigeria’s rave street king and Zanku master, Zlatan Ibile, is no new name in the music industry. The young lad has laid a remarkable foundation for himself since he graced the scenes. HOT:  Cee-C’s Cleavage […]