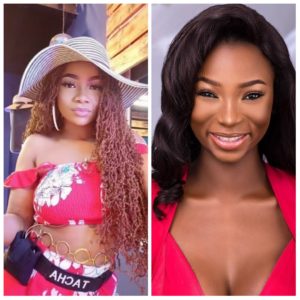 Dubai based business woman, Jaruma who was one of Tacha’s Backbone during the reality show has come hot against the reality star.

Jaruma had earlier promise giving Tacha the sum of 50 million naira after she was disqualified from the show however things took different turn as she deleted the post and denied the claim.

Tacha on her part also unfollow Jaruma on her social media handle as the saga rolls on.

Jaruma in a now deleted post on her social media handle has now slammed Tacha noting all the effort she put into her success at the show but she end up being disqualified adding that she was unable to sleep because of her.