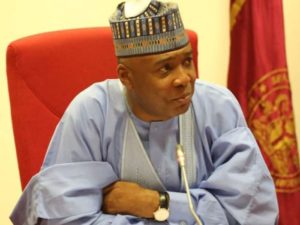 The Former Senate President, Dr Bukola Saraki as took to his twitter account to react to the see for grades scandal uncovered by BBC African Eye.

As a father, I’m appalled by the actions of lecturers captured in the #SexForGrades exposé. We cannot allow this sort of deplorable behaviour to fester.
In 2016, my colleagues and I in the 8th Senate passed the “Sexual Harassment in Tertiary Education Institution Prohibition Bill” to prescribe a 5 year jail term for any lecturer, educationist or person in a position of authority in any tertiary institution in Nigeria found…
… guilty of such conduct.

I appeal to the 9th Senate & President @MBuhari to revisit this Bill so that we can implement the institutional reforms necessary to safeguard our children in educational institutions in the country.

I also urge the institutions to conduct robust investigations, not only on the accused but also for all other reports and complaints that come in. We need to believe victims and make institutions safer for our students. 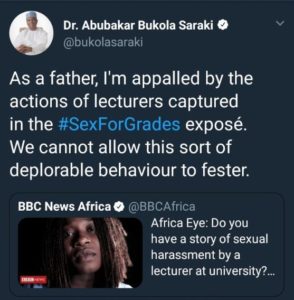 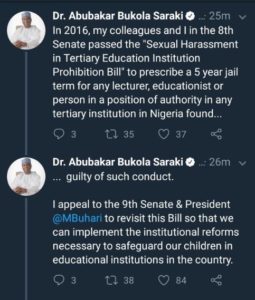 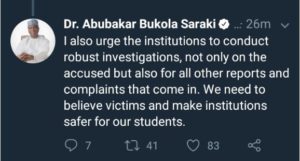