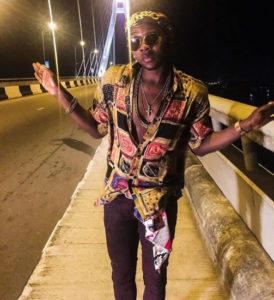 Kizz Daniel, responded to allegations he impregnated a cloth stylist, “Poshmerald” after rumors popped up on social media within the last few weeks.

The initial report, published by a gossip site included claims of authenticity of the report that the lady is truly carrying Kizz Daniel’s baby.

Reacting to the reports on Saturday, Kizz Daniel wrote: “How many people I don give belle like this? Una no dey Taya (Don’t you get tired)?”

Kizz Daniel had been rumored of impregnating a lot of ladies in the past, including Nigerian singer Chidinma Ekile. 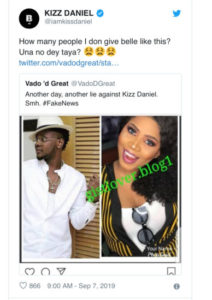 Flyboy Inc‘s Head Honcho – Kizz Daniel recently came back to Nigeria after his hugely successful tour of Canada and US and ever since, he’s been quite on the low. HOT:  Kizz Daniel – AdaAnyways, […]