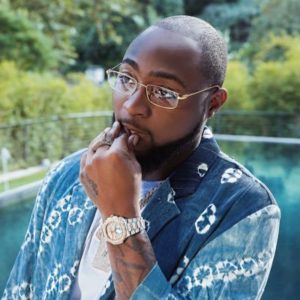 Davido is reportedly working on a joint album with Chris Brown and we are super ready for it’s release which he has scheduled for 2020.

Chris Brown recently unfollowed Davido on instagram but that does not mark an end to their music relationship.

Davido has revealed himself and Chris Brown are currently working on a joint album which would be released after his “Good Time” album drops.

He made this revelation at a private meeting he had with industry personnel at the Landmark Towers in Victoria Island, Lagos on the 4th of September, 2019.

HOT:  #JudasTheRat: I Paid Heavily To Get Out Of Chocolate City – Milli Reveals

Davido also revealed in the exclusive gathering that he has more songs coming with Chris Brown on the album and also that he would be performing at Chris Brown’s Indigoat Tour which is starting this September.

The superstar singer who reveals he would be jetting out of the country very soon to join Breezy for the tour reveals as well some of the artistes that would be on the forthcoming album. The likes of Lil Baby, Migos, Jeremih and more will all be appearing on the album.

Davido’s wealth is not hidden to all and sundry. In fact, his ability to spend money on luxury probably might be second to none in the whole African music industry. From buying expensive jewelleries to […]

Davido just copped a new asset and it is a £119K (N55m) Richard Mille watch which he proudly showed off on Instagram. The singer who reently held a naming ceremony for his son he recently […]